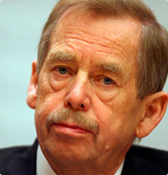 The United Nations would probably have to rest on two pillars: one constituted by an assembly of equal executive representatives of individual countries, resembling the present plenary, and the other consisting of a group elected directly by the globe's population in which the number of delegates representing individual nations would, thus, roughly correspond to the size of the nations.