﻿ Now over 1,300 sitting and former elected representatives endorse the appeal for a UN Parliamentary Assembly

Now over 1,300 sitting and former elected representatives endorse the appeal for a UN Parliamentary Assembly 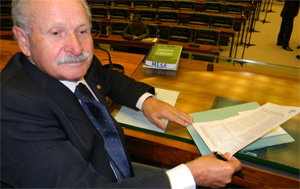 In the course of 2014 so far, 52 members of parliaments from 11 different countries have signed the international appeal for a United Nations Parliamentary Assembly, UNPA. The signatories come from Australia, Austria, Botswana, Brazil, Denmark, Finland, Ghana, Germany, Malaysia, New Zeeland and Tunisia.

In total, 807 sitting members of parliament from 106 countries and all populated continents now support the call for the establishment of a UN Parliamentary Assembly (here's the list). We estimate that they represent around 130 million constituents. Together with 524 former elected representatives who in the course of time left parliament after signing the appeal, the total number of endorsements from current and former members of parliament counts 1,331.

This worldwide, continued support by parliamentarians from across the political spectrum and a broad range of political traditions, is based on the efforts of those individuals and organizations involved in the international campaign for a UNPA. In particular, we would like to express thanks to all volunteers for assisting the campaign at the national, regional, and international levels.