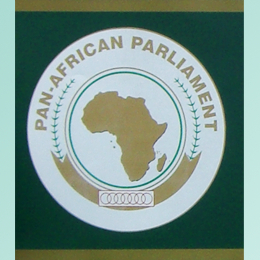 The Pan-African Parliament ... stresses the potential of a United Nations Parliamentary Assembly to increase the efficiency, transparency and democratic character of the United Nations and international co-operation; ... notes that in a first preliminary step [the assembly] could be composed of national parliamentarians, but that eventually it should be directly elected by universal adult suffrage.