﻿ How democratic is the General Assembly of the United Nations? 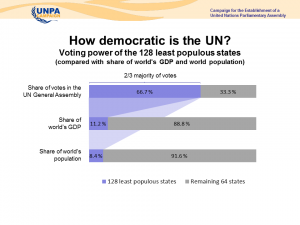