﻿ Who holds Interpol to account? A case for international parliamentary oversight

Who holds Interpol to account? A case for international parliamentary oversight

Quis custodiet ipsos custodes, or who guards the guards, is one of the permanent questions of politics. Power corrupts, and so that power must be kept under control. The current controversy within Interpol, the body that coordinates international police work, is a real-life case study. 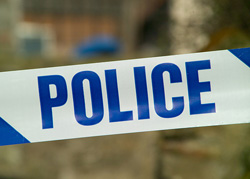 Interpol has been criticised lately for allowing itself to be diverted from police work into being used for political purposes. Arrest warrants have been circulated by some rather unsavoury regimes against political opponents who have fled abroad, people who do not fall under the normal understanding of criminals. There have been critical articles in the Daily Telegraph and EUobserver.

That Interpol should fall into such a trap is unsurprising, for it is the perfect example of intergovernmentalism gone wild.

It denies the allegation that it is acting politically, on the grounds that article 3 of its constitution forbids it “to undertake any intervention or activities of a political, military, religious or racial character”. But why should an organisation like Interpol follow its own constitution? It is accountable to nobody if it does not.

There is, within the Interpol system, no external scrutiny. The General Assembly that meets once a year to represent the member states is composed of policing experts (“(a) High officials of departments dealing with police affairs, (b) Officials whose normal duties are connected with the activities of the Organization, (c) Specialists in the subjects on the agenda”), people who are in the same line of work and with the same background as those who work for Interpol. Furthermore, the General Assembly votes by majority, so even if a member state has an objection to something that Interpol has done, its complaints can be readily ignored.

There is no real parliamentary scrutiny of Interpol – parliaments in the member states can discuss matters if they like but they have no grip over the Interpol secretariat and their respective national governments can be outvoted, don’t forget – nor is there any provision for a court to rule on disputes. So if Interpol breaks its own rules, there is no means of having those rules enforced.

Compare it with Europol, also an international organisation for coordinating police work, but one founded not on intergovernmentalism but on the Community method. Things are very different there.

The European Parliament approves the budget and has a role in senior appointments, so there is parliamentary scrutiny on behalf of the citizens. The European Court of Justice has been given, by the Lisbon treaty, oversight of Europol, so there is judicial oversight as well.

Elected parliamentarians from the different countries of the world would meet together on behalf of their voters and would be able to hold the decision-makers of Interpol to account. What are they doing? Why are they doing it? Could they do it better, or cheaper, or not at all? Vital questions, that currently go unasked in the corridors of power.

Police work is important, but police work accountable to the public is more important still. A UN parliamentary assembly has a central role to play in protecting the public and the fight against crime.