﻿ Now is the time: The European Union should support a UN Parliamentary Assembly

Now is the time: The European Union should support a UN Parliamentary Assembly

Last month, the UN's independent expert on democracy, Alfred de Zayas, told the organistion's General Assembly that the UN should convene an international conference to debate the establishment of a World Parliamentary Assembly. Now it's the time for the EU to take a stand and support the proposal, write Jo Leinen and Andreas Bummel. 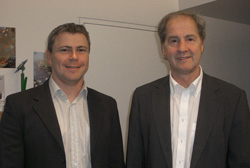 The European Union, it is said, is a value-based community. One of the core values of this unique supranational community is democracy. The EU cares about promoting freedom and democracy not only within its own borders, but worldwide. An important step was the establishment of the European Endowment for Democracy last year to supports pro-democracy efforts in transition countries. The problem is that in our time of unprecedented and increasing global interdependence democratization is no longer a matter that can be limited to the level of the nation-state. Decision-making in global forums and institutions has a strong impact on national policies in all sorts of areas but it is still in the exclusive purview of government executives. This undermines the influence and weight of parliaments everywhere and negates important democratic principles such as checks and balances.

The EU's own experience shows that growing interdependence and cooperation makes it necessary to develop democracy beyond the level of the nation-state. Although it is always stressed that there is no global integration process that could be compared to what has been done in Europe, the reality looks otherwise. The simple example of the financial system shows that global integration already exists. It is true, however, that the process of globalization is incomplete and hardly under any meaningful political control. There is a widespread denial to acknowledge this and to aspire the obvious, namely to renovate global political institutions so they are actually able to address the issues of our global civilization. In many political areas of vital importance such as climate change mitigation, disarmament, eradication of poverty, financial governance, or world trade, it is obvious that the existing international institutions achieve too little, too slowly.

Despite its vast treasure of experience and its support of democracy, the EU so far has not stood out with regard to the democratization of the United Nations. One suggestion that has been put forward by the European Parliament again and again since 1994 is the establishment of a United Nations Parliamentary Assembly, UNPA. Most recently on 8 June 2011, the European Parliament passed the recommendation to the EU Council "to advocate the establishment of a United Nations Parliamentary Assembly within the UN system in order to increase the democratic nature, the democratic accountability and the transparency of global governance and to allow for greater public participation in the activities of the UN." Five months later, responding to a formal parliamentary question, the EU Council noted that it was aware of the recommendation but that it does not have a position on the matter. As far as we can tell, until now it still has no position. What is more, the Union's High Representative for Foreign Affairs, Catherine Ashton, did not follow up on the matter and neither has the EU Council's President Herman Van Rompuy. At the very least, the European Parliament's proposal should have been mentioned in one of the speeches at the United Nations, now that the EU has a special status at the General Assembly.

Just as the European Parliament was decisive in pushing European integration and democratization ahead, a UNPA could be instrumental to finally bring about real reforms at the UN and to "achieve democratic control of globalization," as former UN Secretary-General Boutros-Ghali said. The prospect of achieving a breakthrough in UN reform in particular should make this project interesting to many governments once they look into it seriously. In fact, the UN's Independent Expert on democratization, Alfred de Zayas, has now recommended to the UN to take steps to study the UNPA proposal, either at an international conference or through the Advisory Committee of the UN's Human Rights Council. Speaking at the UN Mr. de Zayas stated that "if the United Nations General Assembly is to be revitalized and strengthened, it also needs to be made more democratic and representative. Complementing the General Assembly with a parliamentary body could be a key to achieving other reforms to the United Nations system."

This is the moment for the European Union and its governments to wake up and to seize the initiative. With the necessary political will it is possible to overcome the key challenges that are connected with such a complex endeavor like the creation of a global parliamentary body. The democratic countries need to assume the responsibility that the project goes into the right direction. It would be highly deplorable and against the expressed wish of the European Parliament, if the EU would continue to remain inactive.

Jo Leinen is a member of the European Parliament and co-chair of the advisory group of the campaign for a UN Parliamentary Assembly. Andreas Bummel is the campaign's secretary-general. They are working on a book discussing the creation of a world parliament. This opinion piece was originally published on 6 November 2013 by EurActiv.com.