Second international meeting on a UNPA

The second international meeting on a UNPA was held on November 4-5, 2008, at the European Parliament in Brussels and was hosted by European deputy Jo Leinen.

Representatives of non-governmental organizations and stakeholders of the UNPA campaign from around 15 countries gathered for an exchange on the campaign's progress within the past year, an outlook onto the coming activities and to discuss political questions. The meeting included a Round Table consultation and an evening reception with invited guests.

In a welcome message published on the occasion of the meeting, the President of the European Parliament affirmed the parliament's support for a UNPA.

One of the conclusions reached at the meeting was that a UNPA would be complementary to the Inter-Parliamentary Union's work. 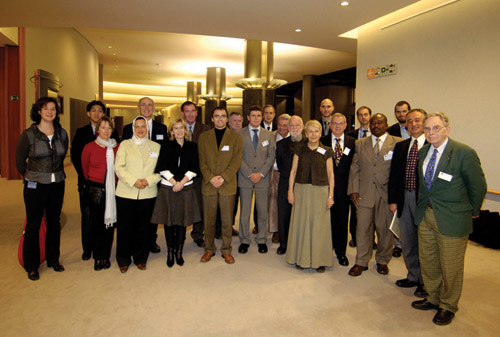