Third international meeting on a UNPA

The third international meeting on a UNPA was held in October 2009 across the United Nations headquarters in New York. Around 60 participants from 19 countries, among them 12 Members of Parliament and numerous representatives of non-governmental organizations who are part of the Campaign for a UN Parliamentary Assembly attended the event in order to exchange experiences and views. Participants in the meeting generally felt that the campaign has gathered considerable political momentum over the past two and a half years since its launch in April 2007. 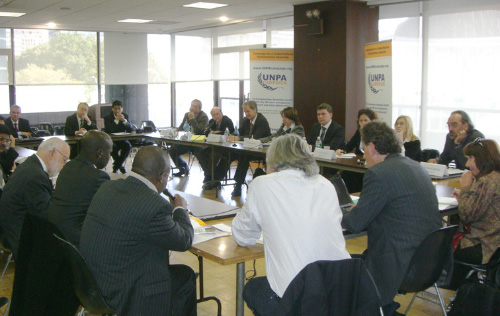