Fifth international meeting on a UNPA

The fifth international meeting on a UNPA was held on 15-16 October 2013 in the European Parliament in Brussels and was hosted by the Members of the European Parliament Elmar Brok, Jo Leinen, Isabella Lövin, and Graham Watson from the four largest political groups European People's Party EPP, Socialists and Democrats S&D, the Greens, and the liberal ALDE group respectively.

In a final declaration, participants from around thirty countries unanimously expressed concern that "no adequate measures have been taken to address the democratic deficit of global governance in general and of the United Nations in particular." The conference suggested that "a global democratic body of elected representatives" should be established "to bring global governance in the pursuit of post-2015 development goals" closer to the world's citizens. 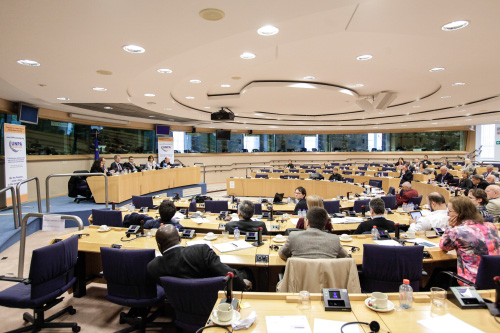