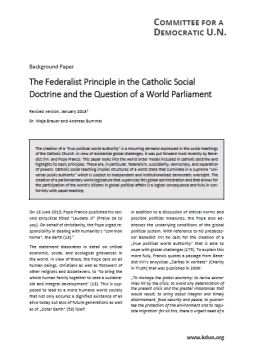 This background paper looks into the world order model included in catholic social doctrine and identifies federalism and democracy as its underlying principles.

This study concludes that the creation of a world parliament is a logical consequence of and fully in harmony with papal doctrine.