﻿ Never again: A World Parliamentary Assembly as a means to prevent genocide

Never again: A World Parliamentary Assembly as a means to prevent genocide

On the occasion of the 20th commemoration of the genocide in Rwanda Christophe Denis Hategekimana points out that a UN Parliamentary Assembly representing the world's citizens could help to deliver on the promise of "Never Again!" The author and other activists are about to establish an NGO in Rwanda to support the cause. 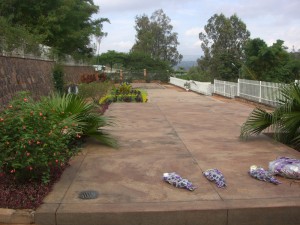 Mass graves at the Genocide Memorial site in Kigali, Rwanda

“Never Again!” That is what leaders in the United States and throughout the world declared after the Holocaust. Yet tragically, in Cambodia, Bosnia, Rwanda and Darfur millions of people still lost their lives, lost their families or were forced to flee their homes. History does not have to keep repeating itself. The powerful movement in response to the Darfur genocide showed that by acting together, citizens can compel their elected leaders to act on their responsibility to protect innocent men, women and children from brutal regimes.

The Rwandan Genocide was a mass slaughter of the Tutsi population and Hutu moderates by extremist Hutus in the East African state of Rwanda in 1994. It took place over the course of approximately 100 days following the assassination of President Juvénal Habyarimana, from April 6 until mid-July. Estimates of the death toll have ranged from 800,000–1,000,000, or as much as 20% of the country's total population. The civil war and genocide only ended when the Rwandan Patriotic Front defeated the extremist regime and President Paul Kagame took control.

In 2000, the UN explicitly declared its reaction to Rwanda a "failure." Secretary General Kofi Annan said of the event, "The international community failed Rwanda and that must leave us always with a sense of bitter regret." In the first formal response to a report critical of the UN's role, Security Council members acknowledged its main finding that their governments lacked the political will to stop the massacres. Rwanda's UN Ambassador, Joseph Mutaboba, welcomed the report and its recommendations but said the Security Council could do more. "It's never too late to make things right," he said.

The impact of the Rwandan Genocide was not only felt nationally but also globally. The declaration of “Never Again” became the impetus for the promotion of the Responsibility to Protect norm. Supported by the UN and its member states, the norm stipulates that states have the responsibility to protect their citizens from genocide, war crimes, ethnic cleansing and crimes against humanity. In the event that a state fails or is unwilling to do so, it is the responsibility of the international community to take the appropriate diplomatic, humanitarian, and other peaceful means to help protect populations from these crimes. The establishment of the International Criminal Tribunal for Rwanda also served as an impetus to the creation of the International Criminal Court in 1998, to ensure that such crimes would not go unpunished.

Policymakers who witnessed the failure of the UN during the Rwandan Genocide such as former Secretary-General Boutros Boutros-Ghali and former UNAMIR commander Roméo Dallaire, have strongly supported the call for the establishment of a UNPA. Now a Canadian Senator, Dallaire noted, “So many of my current causes, projects and interventions in the Parliament of Canada have a single common denominator - the urgent need to transform the United Nations System, to make it more accountable and more responsive to the collective needs, and rights, of the world's citizens. A UN Parliamentary Assembly would be an important step in the right direction.”

Successfully introducing the proposal of a UNPA to the bodies of the United Nations will depend on some strong strategies. We are therefore creating an NGO in Rwanda to support the international campaign for a UNPA and provide information to Rwandans about the proposal. In addition, this new NGO will have three missions: Strengthening the UN, Global Accountability and Sustainable Development. In collaboration with the international campaign for a UNPA we will be organizing an event to commemorate the 20th anniversary of the Rwandan Genocide and to discuss how a UNPA could help to prevent Genocide.

The time is now for the Rwandan people to emphasize that a World Parliament is crucial to ensure that "Never Again!" becomes a reality.