Over the past several months, the Campaign for a UN Parliamentary Assembly has gained momentum among former members of the United States Congress. Recent endorsers include former members of the House of Representatives Patricia Schroeder, Donald M. Fraser, John B. Anderson, and William Frenzel. In addition, former Senators Adlai Stevenson and Paul Findley are endorsing the Campaign. 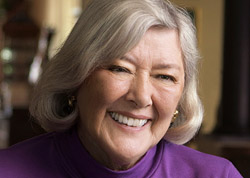 The new endorsers join Benjamin Cardin, current U.S. Senator from Maryland. Senator Cardin is the first sitting U.S. parliamentarian to endorse the establishment of a UN Parliamentary Assembly. To date, over 700 sitting members of parliament from more than 100 countries are on record as supporters in addition to another 700 former parliamentarians.

Congresswoman Patricia Schroeder, the second youngest woman to serve in United States Congress, had this to say about a UN Parliamentary Assembly:

Congresswoman Schroeder’s endorsement for the Campaign is no surprise as she is a signatory of Paul Kurtz’s Neo-Humanist Manifesto, which likewise called for “[t]ransnational institutions will need to adopt a body of laws which will apply worldwide” and would “allow a maximum of decentralized local and regional governance.” The Campaign is very pleased to secure her support.

The above endorsements split the “political aisle” in the United States.  The endorsers served as as parliamentarians from both the Republican and Democratic political parties.  This reflects the Campaign’s non-partisan appealand its ability to transcend the otherwise divisive nature of politics. It also represents great optimism for the future of the Campaign and the establishment of a UNPA.

The Campaign is working with Citizens for Global Solutions to increase awareness of its message in the United States.  Support was recently on display in cities such as San Francisco, Cambridge, Cincinnati and others across the country during last month’s 2nd Annual Global Week of Action. CGS produced a very useful guide for supporters, which is still available here.  Photographs from supporters in the United States and around the world can be found here at Flickr.